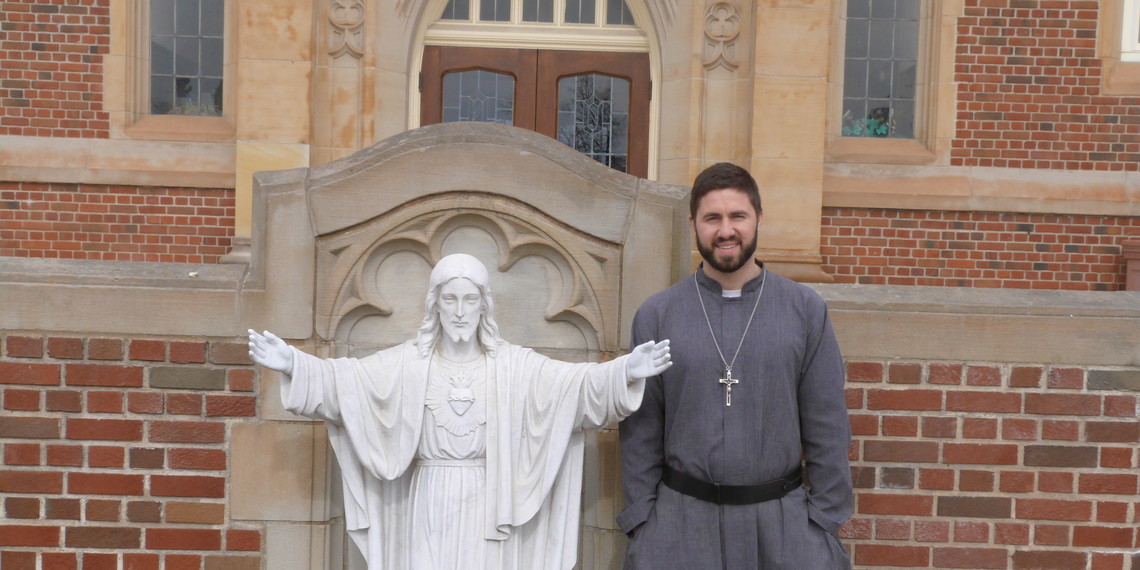 Within seminary formation there are four dimensions (Human, Spiritual, Intellectual, and Pastoral formation) that are assessed while a man is preparing for Holy Orders.  However, human formation is considered the foundation for the other areas of growth.  Pope St. John Paul II writes: "The whole work of priestly formation would be deprived of its necessary foundation if it lacked a suitable human formation."  The goal of human formation is to imitate Christ as the perfect gentleman and true man of communion.  Jesus is the icon of this gentleness and communion.

In Mark’s Gospel Jesus heals a deaf man.  Rather than making a spectacle of the man, He heals him “aside from the multitude privately.”  This is a sign of Jesus’ respect for the man’s dignity.  Jesus’ miracle is about healing the man and not about drawing attention to Himself.  Jesus was attentive to the man’s needs and chose to heal him in a unique way, thus bringing the man into communion with others and ultimately Himself.

Similarly, in St. John’s Gospel, Jesus heals a sinful woman at Jacob’s well who had been repeatedly treated in an undignified manner.  Jewish culture looked down upon men conversing with women in public, especially sinful women.  However, Jesus treats her with honor, dignity, and respect by being a true gentleman and man of communion.  This woman came to draw water at the middle of the day, presumably to avoid others due to her shame as a sinner.  Jesus meets her where she is at while seeking to bring her into communion with Himself.  He assures the woman that everyone who drinks of the water that He will give will no longer thirst.  The woman quickly recognizes that He is the Christ and leaves her bucket at the well—implying that she has left her attachment to sin behind.

Throughout the Gospels, Jesus repeatedly shows that He is the icon of a gentleman and a man of communion.  Men in formation are called to be ambassadors of Christ and gentlemen like Him.  Thus, rather than obstacles, we must be bridges to Him, meeting people where they are at.

Human formation is about aspiring to be a gentleman like Christ.  It involves everything from diligently carrying out the various duties of daily life to being a man of goodness in all things, from stepping up to doing the dishes to readily giving up your seat for someone else.

In the small acts of life, we are all called to be ambassadors of Christ and thus bring about true communion with Christ and one another.  The goal of each Christian is to imitate the human goodness of Jesus by being His ambassadors so that we may reign with Him.  Let us strive to imitate Christ in a virtuous life while being people of communion.

My parents had a total of 19 children. Sadly, 4 were miscarried and 5 of my siblings passed away when they were young. At... END_OF_DOCUMENT_TOKEN_TO_BE_REPLACED

In a bold movement of the Holy Spirit Pope Francis has declared a Year of St. Joseph which began on December 8th, 2020. How... END_OF_DOCUMENT_TOKEN_TO_BE_REPLACED