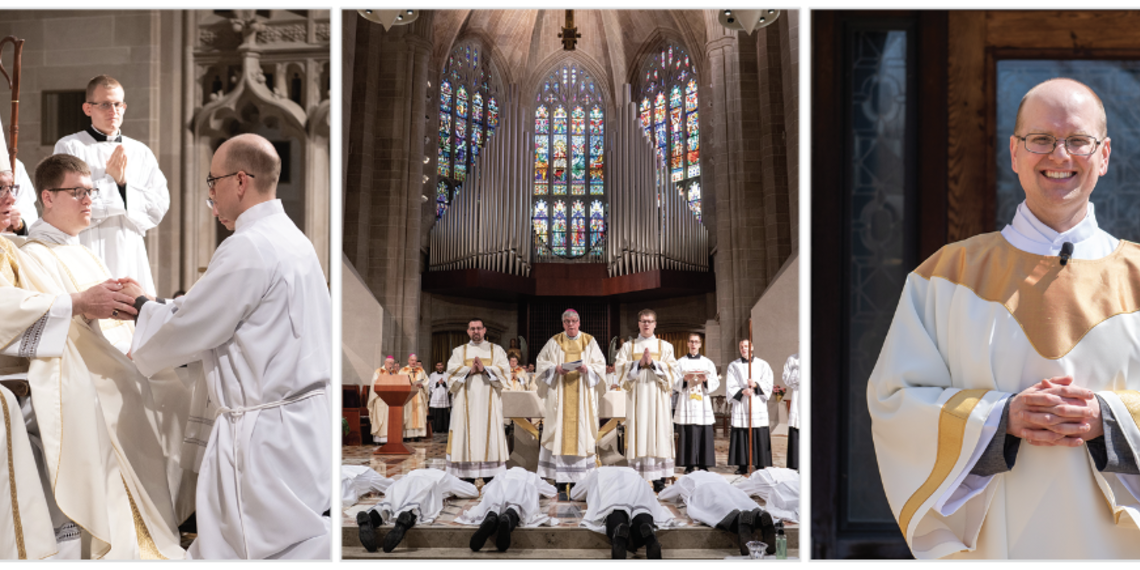 I set up the tripod and camera, focused the lens, and got everything in the shot.  I walked across the room to double check my supplies.  Was there water in the font?  Yes.  A shell for pouring?  Yes.  Towels?  Yes.  Candles, olive oil, white garment?  All present and accounted for.  Did I have the right pages marked in my book?  What about a baby doll?  Both ready to go.  I went out to the seminary parking lot and greeted the family who was arriving to play the parts of mom, dad, and godmother, brought them to the liturgy lab, and led them through a recorded practice baptism for my sacramental practicum class.  When we were finished after about twenty-five minutes, that baby doll had been “baptized” for probably the thousandth time.  More importantly, I was that much more prepared for real sacramental ministry.

About six months later, I was ordained to the sacred diaconate.  Words cannot describe the powerful moment when the bishop had his hands on my head.  The closest I can come is to say I experienced an overwhelming rush of peace and power pouring over me.  It was a moment I will never forget.

In the months leading up to that big day, I had several conversations with Fr. Mark about where I would be going for the summer.  I had requested and received confirmation that I would be staying in Detroit.  Just four days before my ordination, though, Father said that there had been a change of plans: I would be assigned to St. Anthony’s parish in Robstown, Texas.  I was surprised at first because that was the last thing I expected.  Not long afterwards, however, I realized what an adventure it would be!  God was calling me to serve where I had never served before, he was sending me out to preach, teach, and baptize just like the apostles (Matt. 28:18-20).

Not two weeks ordained, I traveled to Robstown.  Not two weeks after that, I found myself in the church, checking my supplies.  They were all there: font, candle, water, shell, towels, white garments—everything was the same…except two crucial things: no plain olive oil and no baby doll.  Instead, there were the blessed Oil of Catechumens, the Sacred Chrism consecrated by the bishop, and real babies, flesh and blood, body and soul, ready to be cleansed of original sin and marked for eternal life in Christ.  The time for ministry had begun.  Glory to God!  That is the difference of ordination.

This is Holy Ground! The SOLT Sisters break ground for their Motherhouse in Corpus Christi, Texas. The shovel in the ground is only the... END_OF_DOCUMENT_TOKEN_TO_BE_REPLACED

Sr. Mary of the Redemption, SOLT, hails from Lowell, Massachusetts where she met Fr. James Flanagan, founder of the Society of Our Lady of... END_OF_DOCUMENT_TOKEN_TO_BE_REPLACED

Nestled at the base of the Pyrenees Mountains, right alongside a softly flowing river, and surrounded by the antiquity of a little French town,... END_OF_DOCUMENT_TOKEN_TO_BE_REPLACED