Family Life: A Call to Holiness 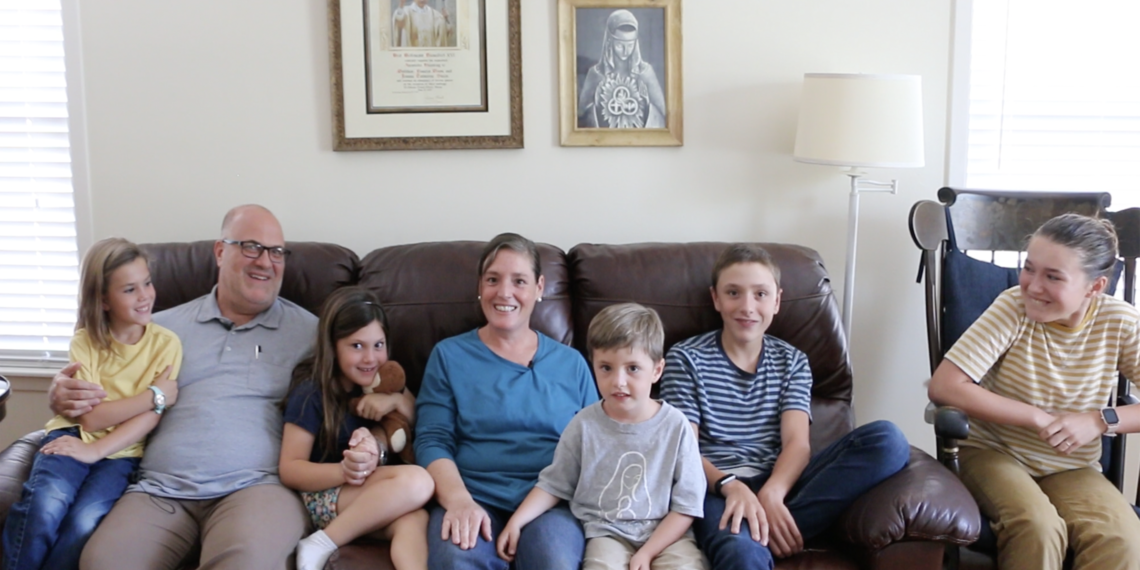 Everybody knows that priests and consecrated men and women are called to holiness, so it means a lot to lay people that their vocation to holiness is affirmed in the doctrine of the universal call to holiness. It means that we must, throughout life, see and use the barrage of activities as a way of growing close to our Lord. In this way we can, as we profess in the Creed, truly “look forward to… the life of the world to come” because we have already begun it here, belonging to God in our daily lives as we interact with others. This witness, whether in speech or deed, is the ordinary mission of the lay person in the world. It is a matter of living Christian discipleship with integrity and participating in the sacramentality of the Church in the world.

A particular calling within the lay vocation to holiness is marriage. Spouses belong to each other in marriage, but their belonging to each other does not diminish their belonging to God through the call to holiness so long as spouses each know their own call to holiness and choose to be helpmates to each other. Saint Thomas Aquinas taught that marriage is meant to be “like unto the passion of Christ in its charity, not in its suffering.” Spouses are not meant to be the cross, but Simon of Cyrene for each other. A holy marriage can be happy. In it, God sends spouses on this mission to each other. The execution of this mission by spouses enables marriage to be the sacrament it is called to be, such that the relationship is governed by moral and spiritual growth; such that spouses themselves and others see God working through it; such that God delights to see Himself in it; such that it is life-giving.

No marriage is perfect. As with personal holiness, holiness in marriage is always in progress; often, spouses must backfill the foundations of their relationship. Keeping Christ first, underlying spousal love, adds something – charity – that transforms and perfects the natural elements and ends of marriage. Like Christ reveals man to himself, so He reveals marriage to itself.

Ordinarily, marriages have the additional calling to transmit human life. Since this entails not just having children, but raising them, spouses must establish a family life, a household, ordered to the human, moral, and spiritual growth of children. The goal of that growth is temporal happiness, understood as not just the pursuit, but the habitual enjoyment of the goods identified in the natural law: life, education, friendship, work, play, religion, the appreciation of beauty. The father and mother, as helpmates, must establish the order and help the children with receptivity to it, so that by a gradual release of responsibility, they become “self-moving,” by God’s grace, towards happiness.

As the unity of spouses is strengthened by going outside of itself to serve children, so the communion of the family can be strengthened by family service. The family is a community of growth, an instrument of grace and salvation for its members, and if those members learn to assist the littlest and least in becoming strong on their own pathway to happiness, a culture of life thrives within it.

MATTHEW & JOANNA MOORE have been married since 2005. They have been SOLT lay members since 2014. Their family of seven resides in Corpus Christi, Texas.

This is Holy Ground! The SOLT Sisters break ground for their Motherhouse in Corpus Christi, Texas. The shovel in the ground is only the... END_OF_DOCUMENT_TOKEN_TO_BE_REPLACED

Sr. Mary of the Redemption, SOLT, hails from Lowell, Massachusetts where she met Fr. James Flanagan, founder of the Society of Our Lady of... END_OF_DOCUMENT_TOKEN_TO_BE_REPLACED

Nestled at the base of the Pyrenees Mountains, right alongside a softly flowing river, and surrounded by the antiquity of a little French town,... END_OF_DOCUMENT_TOKEN_TO_BE_REPLACED