Hope in the Face of Death 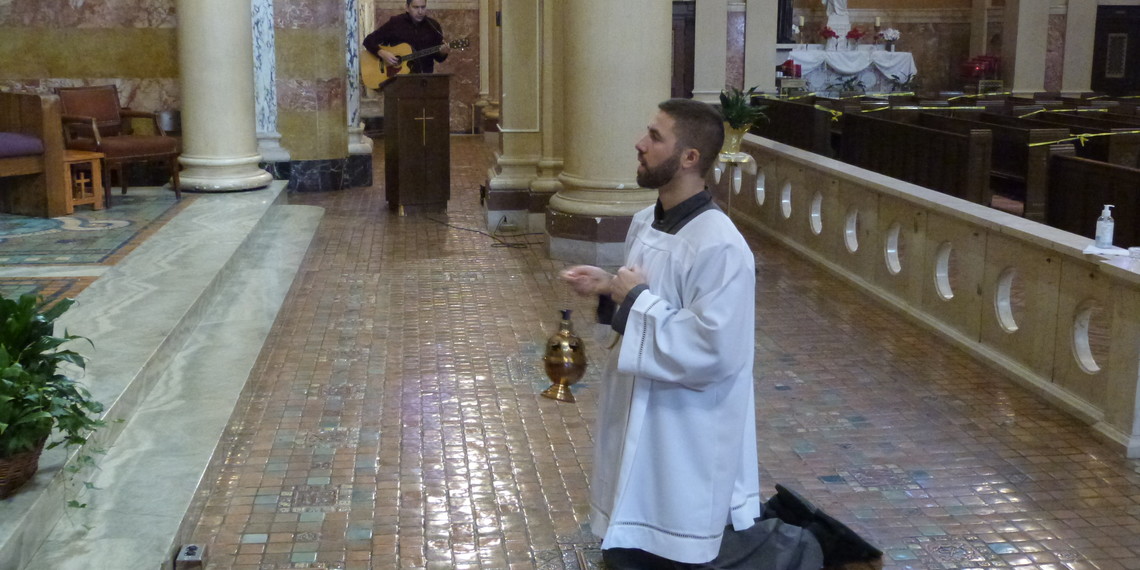 These words of St. Paul have been on my mind steadily over the past month or so.  But there was one weekend that really brought this verse to the forefront of my thought and prayer.

That weekend, two funerals occurred here at our parish in Detroit.  While it is not entirely uncommon to have two funerals here on a weekend, these two hit closer to home because both were for young men whose deaths were sudden and tragic.  One was about eighteen years old, and the other was in his thirties.  The man in his thirties was a husband and father of three.  I had met him a couple of times and had the opportunity to get to know him and his family.  He was a quiet but strong man who loved his wife and kids dearly.  I had the privilege of serving at his funeral Mass.  Watching the parish community come together in support of his family was incredibly moving.

This led me to think and pray more about the idea of hope as St. Paul describes it in 1 Corinthians 15:19.  During the Mass, I prayed and tried to put myself in the position of his family, his wife, his kids, his mom, and ask myself: What kind of hope do I have?  What is it rooted in?  St. Paul’s words have given me a sobering consolation that if my hope is only for this present life and world, then I am most to be pitied.  At first glance, this might not seem like consolation.  However, what was significant about the man’s funeral was an abiding sense of hope that still remained in his family and friends.  They all wept and mourned for him, but they also took Christ’s words seriously that their beloved relative and friend will be raised on the last day.

Hope is a primary characteristic of Christians because we do not only hope for the things of this world—as nice or fun as they might be—but we are called to live in the world with the hope of a future resurrection and life.  St. Paul’s words go straight to the heart of the need for true Christian hope that goes beyond this world.  Serving at this man’s funeral and seeing the faith and hope of his friends and family has increased my hope for heaven and my desire to strive for it each day.

This is Holy Ground! The SOLT Sisters break ground for their Motherhouse in Corpus Christi, Texas. The shovel in the ground is only the... END_OF_DOCUMENT_TOKEN_TO_BE_REPLACED

Sr. Mary of the Redemption, SOLT, hails from Lowell, Massachusetts where she met Fr. James Flanagan, founder of the Society of Our Lady of... END_OF_DOCUMENT_TOKEN_TO_BE_REPLACED

Nestled at the base of the Pyrenees Mountains, right alongside a softly flowing river, and surrounded by the antiquity of a little French town,... END_OF_DOCUMENT_TOKEN_TO_BE_REPLACED