"Melt It down— start over." 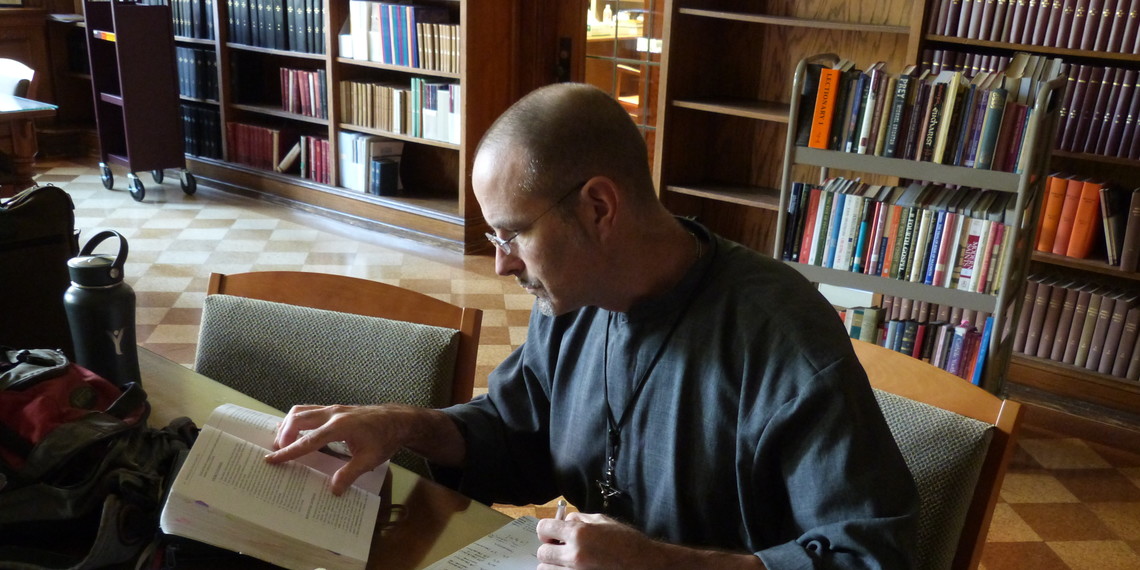 These words would strike fear into the hearts of the men who had come to the novitiate in the Society of Our Lady.  For seven years in Capulin, Colorado, I worked with SOLT Novices in my workshop, mentoring them in the art of fashioning the silver crucifixes that they would receive at their first promises when becoming SOLT brothers.  When they brought their work to me for inspection, assistance, and advice, I sometimes saw that the fruit of their efforts had developed a flaw that was beyond practicable remedy, and it was necessary to tell them to begin again: “Melt it down—start over.”

Such words can be very difficult to hear, and even harder ones to obey.  Hours, days, sometimes even weeks and months of their lives had been poured into the emerging form the men held in their hands.  Had it all been for nothing?  As the devouring flames of the torch reduced their work to a shimmering mass of molten silver, it could be tempting to believe so.

More often than I ever had to say those words to the men, have I had to follow them myself.  In those moments, crushing discouragement seems so near, so menacing.  However, I have seen that perseverance always bears its fruit, and invariably the final result manifested an excellence and beauty that far surpassed my original vision and effort.  Without fail, every commissioned sacred vessel I have been privileged to make has emerged with a soundness of structure and harmony of form, combining in a beauty that I never imagined when I began my work.

Experiencing lessons such as these played no small role in my own discernment to pursue a vocation to the sacred priesthood in SOLT.  After being away from formal studies for over twenty years, I perceived interior and exterior obstacles to turning my steps toward this seemingly insurmountable path.  As I prayerfully sought greater clarity about the Lord’s will and plan for my life, I perceived his invitation to follow him in this way, echoed in my memory of articulating that familiar direction, “Melt it down—start over.”

Informed by this consistent experience in my art, throughout aspirancy, novitiate, and now continuing into my first semester of seminary this year, I have been regularly reminded that obstacles posed by delay are often only apparent, and in fact, through them a great mystery unfolds.

O Come Let Us Adore Him

We started the morning with holy hour and mass which was such a great way to start the day! We... END_OF_DOCUMENT_TOKEN_TO_BE_REPLACED

We had the opportunity to celebrate Mass at Our Lady of Mount Carmel Parish and afterwards shared a... END_OF_DOCUMENT_TOKEN_TO_BE_REPLACED

Meet Our Group for the 2022 Belize Mission Trip