The Significance of Insignificant Things 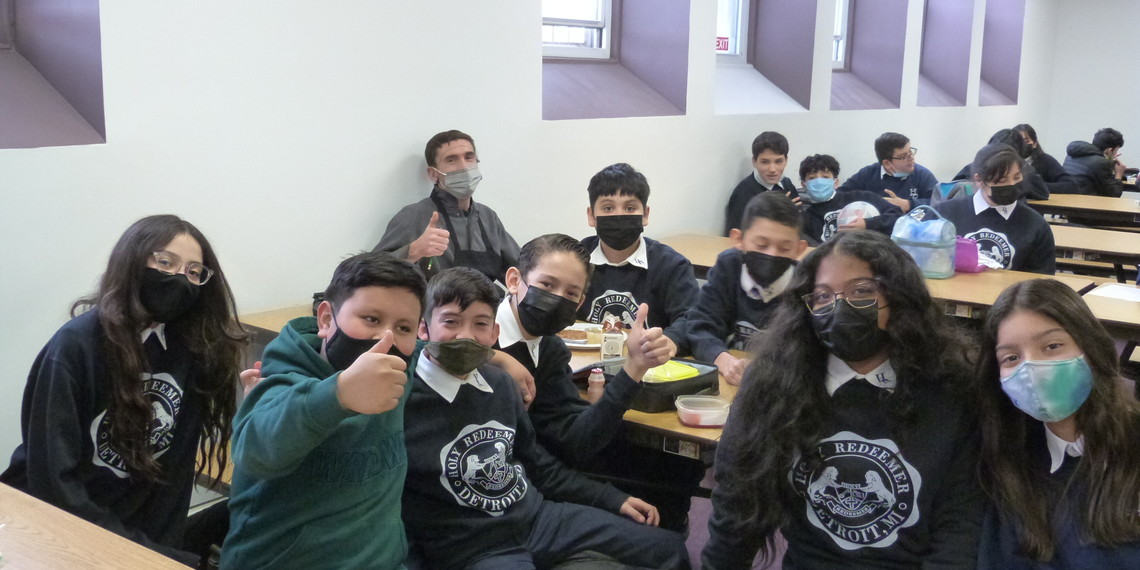 “Br. Andrew, are we still going to have practice?”

“Yes, we like practice.”  After losing the last game of the season and taking the team photo, this was the conversation I had with three of the players.

Our season ended with a record of 4-6.  Like most teams we had our ups and downs.  The beginning was rough, losing the first three games of the season by an average of twenty points.  Due to the pandemic and coming from a non-basketball background, most of the players had never played an organized basketball game or even watched a full one on TV.  We gradually learned the hard way the basic rules of double dribbles, traveling, and backcourt violations.  We finally had a breakthrough with our first victory of the season.  Some called it a miracle as we squeaked out a home win with a blockbuster score of 4-2!  You should have seen their faces as the clock ran out.  You really should have.  Then we won two more games!

Over the course of the season, I saw players who had joined the team just to mess around with their friends become little students of the game, asking clarifying questions and looking hungrily for a rebound.  Another player, who was afraid of the ball all season, began to go for loose balls with both hands.  We also won a fantastic close game in overtime with a three pointer by Ezekiel, our quickest player, with only a minute left on the clock.  Up to this point, we had built momentum by an accumulation of seemingly insignificant gains.  A team with little, through very small improvements, had gained an unimaginable position.

After such exciting wins and thrilling moments, we lost perspective.  We went into halftime down 20-0 against a big school the following game.  No one likes to lose.  Instead of focusing on the little things, we started to blame one another.

Coaching this season, I realized the importance of helping the players focus on the little things.  It is about learning to temper emotions of frustration over missed calls, playing hard when being down a few players, and lastly, leaving all of your energy out on the court even when the chips are down.  What if we brought some of this attitude toward our pursuit of holiness and of God?  What if we really focused on the little things like receiving the Eucharist well, daily personal prayer, and living for others?  This season I found a deeper significance of all those seemingly insignificant things.

This is Holy Ground! The SOLT Sisters break ground for their Motherhouse in Corpus Christi, Texas. The shovel in the ground is only the... END_OF_DOCUMENT_TOKEN_TO_BE_REPLACED

Sr. Mary of the Redemption, SOLT, hails from Lowell, Massachusetts where she met Fr. James Flanagan, founder of the Society of Our Lady of... END_OF_DOCUMENT_TOKEN_TO_BE_REPLACED

Nestled at the base of the Pyrenees Mountains, right alongside a softly flowing river, and surrounded by the antiquity of a little French town,... END_OF_DOCUMENT_TOKEN_TO_BE_REPLACED