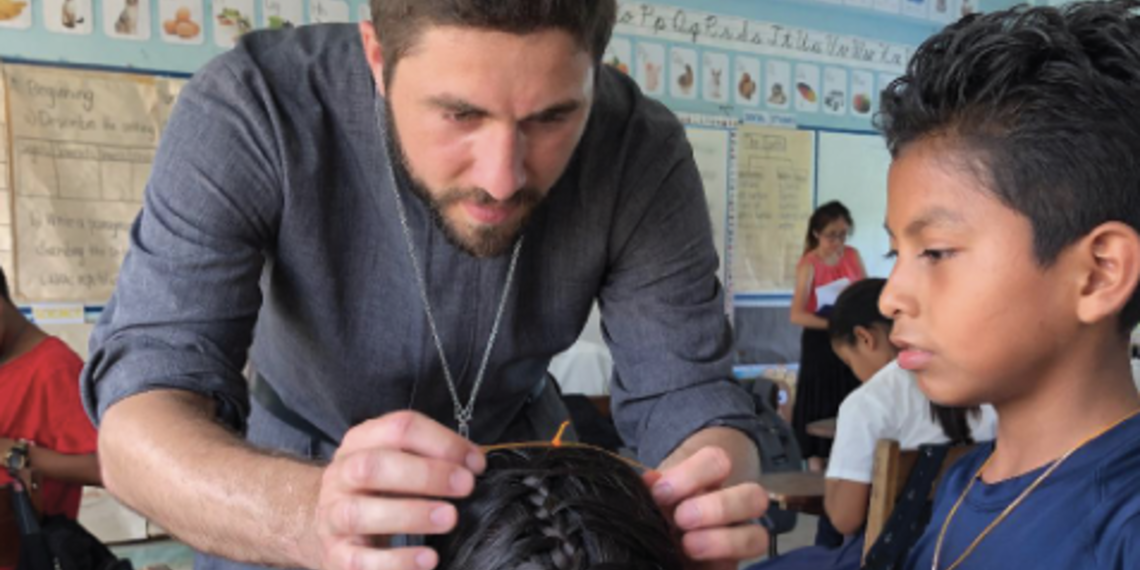 This summer I returned to Belize, Central America. It was my first time back since I said goodbye to many people in 2017: students, their families and friends, and people whom I had begun to consider family. I was excited to be back in a mission setting while serving people that I greatly love. The initial part of my time went by quickly as I was assisting two mission groups that came in to teach catechesis, helping with a house building project, and painting a school in one of the nearby villages. In addition, I was getting used to serving now as a religious brother and not just as a SOLT missionary volunteer. I continually had people asking me if I was a priest yet and how much longer it would be until my ordination, and a few people even tried to tell me their sins while (I think) hoping that I could somehow give them absolution. Nonetheless, it was great to be back because accomplishing things that are tangible, like building a house or painting a school, is really life-giving.

However, sometimes the idea of just ‘being’ and not ‘completing something’ is much harder.  Not long after the two mission groups left, someone came to tell me that a 17-year-old girl had passed away. Her name was Grace and she was a former student of mine. I couldn’t believe it when they told me and I didn’t want to believe it either. She had been battling cancer for a couple years, but within that month she had rapidly declined. That night I went to the velorio (the wake). Her father spoke of her last moments and of their final conversation before her death. She had said to her dad, “Papá, estoy lista para ser un sacrificio para Dios” (Dad, I am ready to be a sacrifice for God). The wake itself was incredibly beautiful and also incredibly sad. But that line that she had said to her dad provided comfort. There was nothing that I could tangibly do for her family, her younger brother, or any of her friends that sat there and wept. As I sat and prayed for her, I remember thinking that on the one hand I want to weep and on the other hand I want to be there for all those that are grieving more than I am, especially her past classmates. Someone asked me if I would rather have been out of the country when Grace died.  I thought about it and realized that, even though there was nothing tangible to do, I still wanted to be there.

This seems to be a great challenge in being Christ’s disciple: being present to others amidst the blessed and the difficult times. Yet this is what Christ does for us even when we are unaware of it, and it is what we are called to do. I hope that you will keep my fellow brothers and I in your prayers as we strive to imitate Christ and be present to others amidst times of great blessing and times of great pain and sorrow.

This is Holy Ground! The SOLT Sisters break ground for their Motherhouse in Corpus Christi, Texas. The shovel in the ground is only the... END_OF_DOCUMENT_TOKEN_TO_BE_REPLACED

Sr. Mary of the Redemption, SOLT, hails from Lowell, Massachusetts where she met Fr. James Flanagan, founder of the Society of Our Lady of... END_OF_DOCUMENT_TOKEN_TO_BE_REPLACED

Nestled at the base of the Pyrenees Mountains, right alongside a softly flowing river, and surrounded by the antiquity of a little French town,... END_OF_DOCUMENT_TOKEN_TO_BE_REPLACED