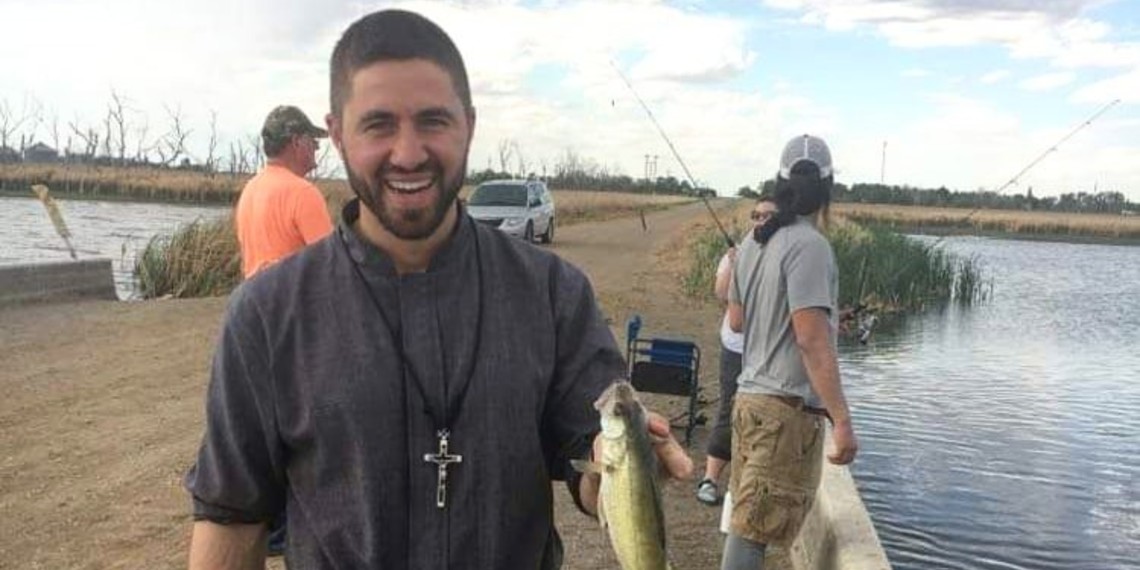 During the summer, I was speaking with a woman and her 7-year-old daughter.  The mother told her daughter that I am studying to be a priest.  Soon after this, the mother stepped away for a moment.  The little girl looked up at me with a wide-eyed expression and asked a simple but profound question, “What is a priest?”  To be honest, I felt embarrassed.  I knew the mother and the little girl were not Catholic and not practicing any religion, thus any kind of reference to what a priest does would make little or no sense to her.  I think I responded by saying something like, “A priest lives at the Church and he offers the Mass, and…”  Knowing that I had no real good way to respond to her, I ashamedly changed the topic and left soon after.  Since that encounter, I have taken time to reflect on what or who a priest is, along with how to explain it in simpler terms.

What is a priest?  In short, a priest is a bridge between earthly things and heavenly things; he mediates between man and God.  However, the only one who can truly bridge the gap between man and God is Jesus since He is both human and divine.  Thus, a priest participates in the priesthood of Jesus Christ.  The priest does this most visibly by offering the Mass in which he, as Christ, intercedes on behalf of the people to God.  This is what Christ did for you and me while He was on the cross as the soldiers mocked him.  Christ prayed for them, “Father, forgive them; for they know not what they do” (Luke 23:34).  In the same fashion, this is what the priest does at Mass, and it flows from his identity as a priest of Jesus Christ.

This summer I was also able to witness the intercession of a priest on behalf of God’s people in another setting outside of the Mass.  While I was in North Dakota, the parish received a call of a severe car accident.  I decided to go with the priest to pray.  Once we arrived, we found out that it was a young woman and her 3-year-old son.  They had both just passed away but were still lying in the battered car.  I stood and prayed while Fr. Michael prayed the Prayers for the Dead over both of them.  In a real way, he was acting out of his priestly identity, interceding and bridging the gap for them between earth and heaven.

Reflecting on the identity of a priest as an intercessor has been extremely valuable but seeing that intercession in action has been even more formidable.  It has given me greater confidence and awe in what the action of the priest means, especially at the Mass.  Calvary is being re-presented there on the altar.  By virtue of baptism, you and I participate in the common priesthood, the priesthood of the faithful.  Thus, each Mass is an opportunity to intercede for others by joining our prayers with the ordained priest at the altar.

This is Holy Ground! The SOLT Sisters break ground for their Motherhouse in Corpus Christi, Texas. The shovel in the ground is only the... END_OF_DOCUMENT_TOKEN_TO_BE_REPLACED

Sr. Mary of the Redemption, SOLT, hails from Lowell, Massachusetts where she met Fr. James Flanagan, founder of the Society of Our Lady of... END_OF_DOCUMENT_TOKEN_TO_BE_REPLACED

Nestled at the base of the Pyrenees Mountains, right alongside a softly flowing river, and surrounded by the antiquity of a little French town,... END_OF_DOCUMENT_TOKEN_TO_BE_REPLACED